The November Flamenco Evening is a treat for lovers of flamenco puro, the traditional art of flamenco, the core of which is dancing, singing and guitar. After an almost three-year break, the Wrocław audience will hear Carmen Fernández - a flamenco star from Utrera. The Spanish singer will be accompanied by the Warsaw duo Marta Dębska "Robles" (dance) and Arturo Muszyński "El Polaco" (guitar). We invite you to the emotional performance of the Los Payos group! 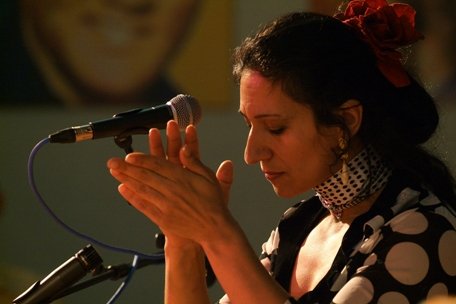 Carmen Fernández was born in 1968 in Utrera - a town in the province of Seville considered to be particularly cultivating the art of flamenco. She comes from an extremely gifted family with flamenco traditions, which includes, among others legendary singer Juan Talega. As the youngest daughter in a gypsy family, she grew up in the spirit of flamenco. Her mother is a singer and her father is a dancer. No wonder Carmen devoted herself entirely to Arte Flamenco. First as a dancer, and then a vocalist, she became a faithful interpreter of old, traditional forms, and yet she always gives her performances a personal touch. She is a singer with a solid foundation and flamenco knowledge. Thanks to her strong, catchy voice, she won the hearts of the audience at countless flamenco peñas in Spain and at many festivals in Germany and the Benelux countries. She has collaborated with, among others, Concha Vargas, Joaquin Ruiz, Carmen Ledesma and Andres Marin. She has released 3 albums – the latest "De Corazón" was released in 2015. As a singer and dancer, she performed on many large stages in Spain, France, Austria, Italy, Hungary, Czech Republic, Germany, Poland, Russia, Denmark, the Baltic States, The Netherlands, Belgium, Canada and Japan. 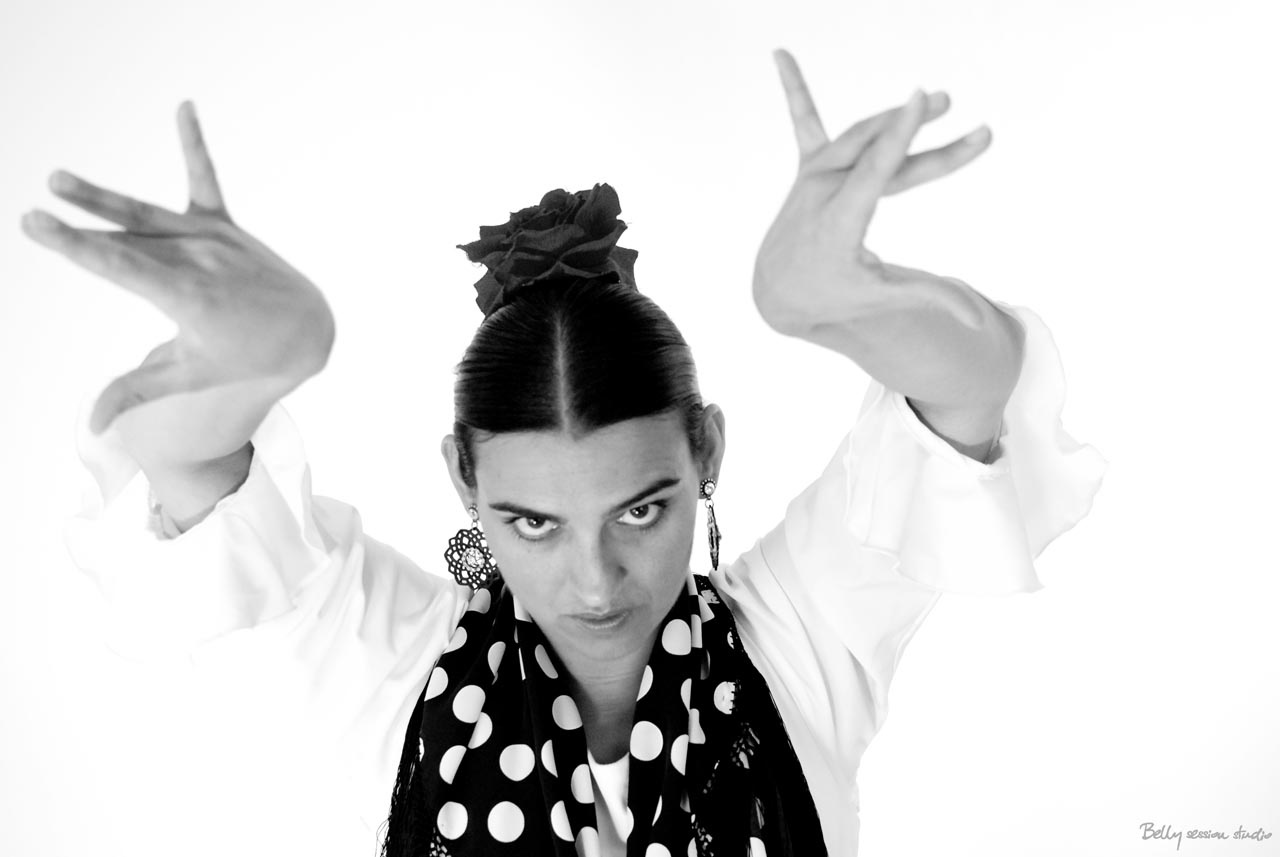 Marta Dębska (artistic pseudonym Marta Robles) - b. 1976 dancer, choreographer and experienced dance instructor. She has been working with flamenco since 1991. A student of the best flamenco dancers such as El Torombo, Alicia Marquez, Adela Campallo, Pilar Ortega, Manolo Marin and Angeles Gabaldon. Soloist and one of the founders of the Los Payos group. Co-creator of such artistic projects as Arte Flamenco concert tours and the Peña Flamenco Triana concert series, in which she performs alongside renowned artists from Andalusia (such as Yasaray Rodriguez, Antonio Arrebola, Quisco de Alcala, Vicente Gelo, Juan Mateos). Both of these projects received patronage and organizational support from the Cervantes Institute at the Spanish Embassy. Since 1995, she has also been working as a flamenco dance instructor. For years, she conducted classes at the Flamenco Studio and the Dance-Acting Studio at the Ballet School in Warsaw, and finally in 2004 she founded her own Flamenco Dance School Triana. Marta constantly cooperates with numerous flamenco schools in various Polish cities and in Germany, conducting workshops and intensive courses. 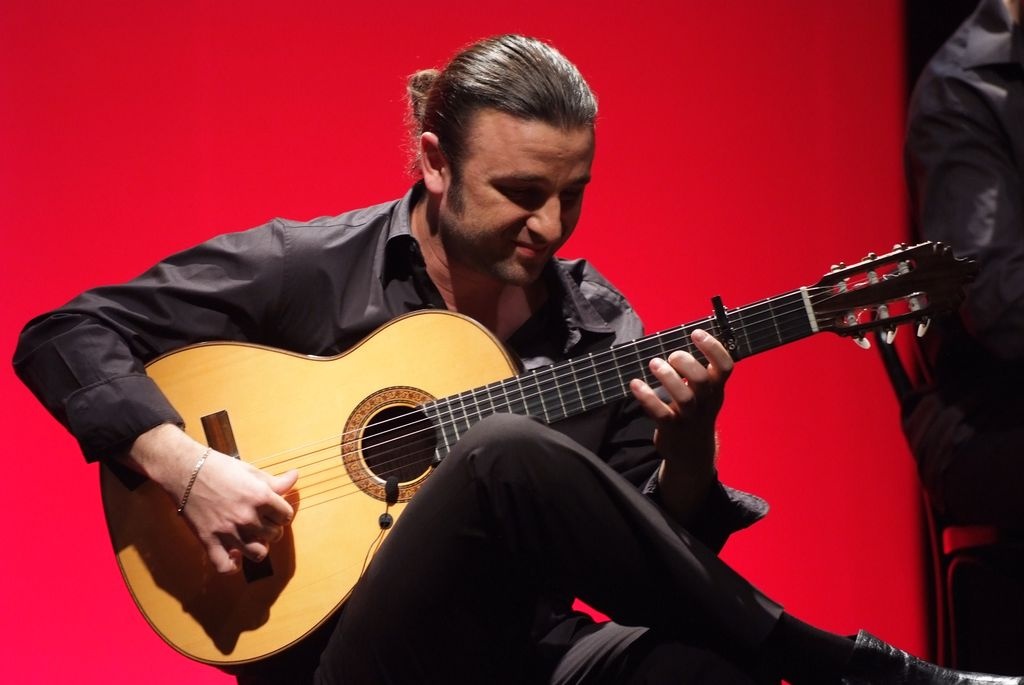 Arturo Muszyński "El Polaco" known flamenco guitarist, excellent instrumentalist and specialist in the field of rhythm, valued soloist and accompanist. He has been involved in flamenco since 1990 and this art has no secrets for him anymore. He spent a lot of time in Seville studying with the most outstanding masters of the guitar, such as Antonio Amador, Jesus Pimientel, Anton Jimenez and Paco Jimeno. He has performed many times with Carmen Fernández, as part of tours in Germany and the Netherlands, as well as cante flamenco recitals, in which he accompanied singers such as: Jeromo Segura, Melchor Campos, Paco del Pozo, Paco Contreras El Niño de Elche, Rocio Bazan, Rosa García. In Poland, he collaborated on creating a musical setting for numerous TV programs and theater performances. He collaborated with Antonina Krzysztoń and Kora Jackowska, participating in the Kora Ola Ola project. Recently, he has been giving concerts all over Europe with the outstanding classical cellist Ramon Haffe. He is a co-founder of the Flamenco Dance School Triana, where he teaches rhythm, history and theory of flamenco as well as playing the flamenco guitar and cajón.

Organizers: KA-International Art Management, Fandango Polska, Sala Witrażowa
This website uses cookies to allow the registration of event participants and service related processes. By using this site you agree on use of cookies, according to the current browser settings.
Accept