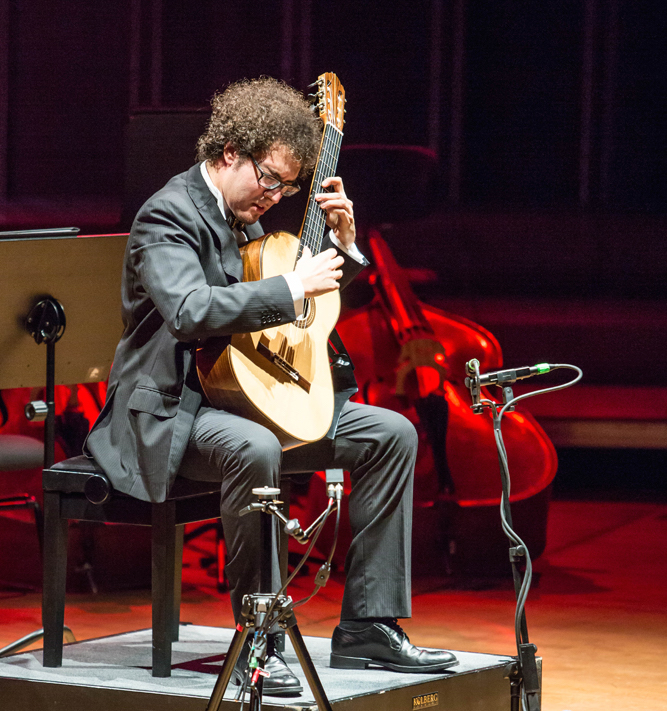 
Andrea De Vitis was born in 1985 in Rome, Italy. After graduating from the Conservatory “Morlacchi” in Perugia, he continued his studies at “Segovia Guitar Academy” in Pordenone and attended masterclasses with masters such as Oscar Ghiglia, Carlo Marchione, Arturo Tallini, Pavel Steidl and many more.
So far Andrea has won more than 35 prizes in numerous international contests, including Certamen Internacional “Julian Arcas” in Almerìa, Forum Gitarre Vienna, Budapest International Competition, Gargnano International Competition, Iserlohn International Competition, Guitar Foundation of America and many more. He also received two  ‘Golden guitar awards’ from the International Guitar Convention “Pittaluga” (Alessandria): for the most promising guitarist (2014) and for the best CD (2016).
Andrea De Vitis has performed in his homeland Italy and all over the world (USA, Russia, Europe), winning acclaim from both audiences and critics. His debut album ‘Colloquio with Andrés Segovia’ (‘Dialogue with Andrés Segovia’) released by DotGuitar in March 2015 was also warmly received by the media and fans. Andrea often leads masterclasses at prestigious festivals, such as Balatonfured Guitar Festival, Maastricht Conservatorium, Gitarrenakademie Pforzheim, Stuttgart Guitar Festival and many more.

Once again congratulations on winning the classical guitar category of the Guitar Masters 2016 Competition! Your performance in Wrocław was great!

Can you tell us why you decided take part in our contest?
I felt that it was going to be more than just a great competition. I felt it would be an important event for all guitar players and I really wanted to be a part of it. Another reason was that I’ve always been very fond of Poland. I have held many concerts there - just to mention Tychy, Gliwice, Zory or Poznan, so I love both the country and its people. That, of course, includes Polish musicians!
So how did it feel to hear your name read from the stage at the awards ceremony?
I was honoured and surprised. You may have won numerous competitions, but every prize you receive is always unexpected and very welcome!

You're indeed a frequent participant of international guitar competitions. Was there anything that surprised you during the Guitar Masters 2016 contest?
I was absolutely astonished by the number of people - I guess well above 1,000 - who came to the award ceremony and the gala concert. 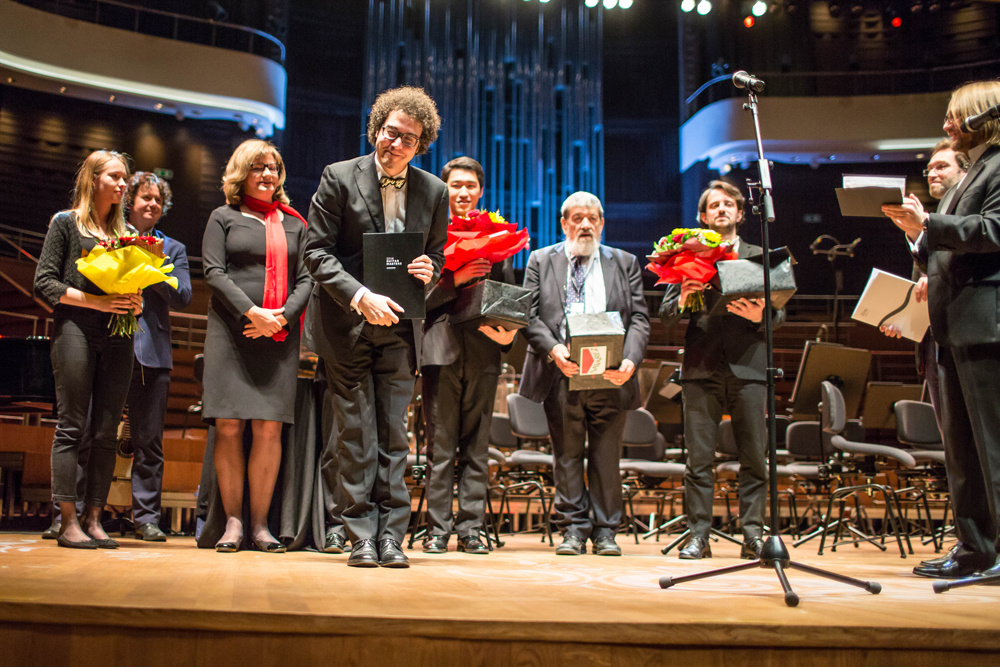 So what impact do you think the Guitar Masters contest can have on your future career? And what are your plans and next steps after winning it?
I believe that GM 2016 is a turning point for my career: I’m planning to abandon competitions and focus my work on new artistic projects.

My debut album ‘Colloquio con Andrés Segovia’, released in 2015, received many positive reviews internationally, also by the Polish magazine ‘Szesc Strun Swiata’. It’s time to record a new album. I already have some ideas about the repertoire I want to  play.

So my next steps will be playing concerts and delivering masterclasses. I have many events scheduled for 2017/18, with appearances all around the world, including performance for D’Addario Foundation in New York, ‘Concierto de Aranjuez’ in Saint Petersburg and Budapest, concerts in China… And, of course, I can’t wait to perform at the next edition of Guitar Masters in Wroclaw!
So how did it all start? How old were you when you started playing guitar and why did you take it up?
As a child I enjoyed improvising songs and tunes heard on TV. I used to play them on a small toy keyboard I had got as a gift. At the age of 10 I decided it was time to move on to a more serious instrument: the guitar! I was fascinated by its rich sound and the possibility of achieving many effects.

I started taking classes in a music school near my home with Marco Cerroni, a good teacher that allowed me to discover the guitar in my personal way. Then I enrolled inthe Conservatory of Perugia and I began studies with Prof. Leonardo De Angelis. After graduation, I attended numerous masterclasses and courses with great musicians, such as Paolo Pegoraro, Adriano Del Sal, Arturo Tallini, Carlo Marchione, Oscar Ghiglia, Pavel Steidl, Frédéric Zigante, Carles Trepat, Piero Bonaguri, Hugo Gueller.

Having succeeded at more than 35 competitions and played many concerts around the world, now I also teach in Italy at Vibo Valentia and Bologna Conservatoires and I’m often invited to run masterclasses and to sit in international guitar festivals juries.

It all started with a video submission to Guitar Masters.
Can you tell us a bit about your musical inspirations? Can you name any composers, musicians or virtuosos that you mostly look up to or source your inspiration from?
I love listening to piano players: Grigory Sokolov, Radu Lupu or Andràs Schiff, to name just a few of my favourites. I think every guitarist can learn a lot from the clarity of their interpretations.
I also admire great guitar players: recordings of Andrés Segovia, Alirio Diaz, Agustin Barrios, or Regino Sainz de la Maza all present us with very different ways of perceiving the guitar, both as a lyric instrument, but also in terms of the wide range of sounds you can get when playing it.
What’s your approach to performing on stage? And what constitutes a good live performance in your opinion?
The aim of each player is to forge emotional connection with the audience: an “empathy” which makes the people “hungry” to listen to the music.

I tend to choose music that allows me to express myself in the most sincere way rather than focusing overly on those pieces that would please the audience. My aim is to focus on emotions, energy and contrasts, but at the same time always respect the original intent of the music composer. So in a nutshell, a good performance is about striking the balance between creativity of the interpreter and respect for original composition.

What kind of compositions do you most enjoy playing?

I feel particularly attached to the 20th century, with special affinity for Alexandre Tansman’s music. His polyphonic approach fits very well the guitar sound and I find his musical ideas particularly deep and emotional. In many competitions I played ‘Variations sur un thème de Scriabine’, while in my next concerts I like to play ‘Cavatina’ and ‘Piece en forme de Passacaille’.

Make sure you subscribe to Andrea de Vitis channel on Youtube!
What things in your life and career do you want to learn and achieve?

I would like to find the right balance between teaching and and playing concerts. I always try my best in whatever I am doing. Handling a full-time job at the Conservatory and concerts at the weekends can be a challenge at times, especially if you have to travel.

If you hadn’t continued with music, what do you think you would be doing now?
I also earned a Law Degree at University of Rome, so I think that I would be a lawyer with music constantly present on my mind!