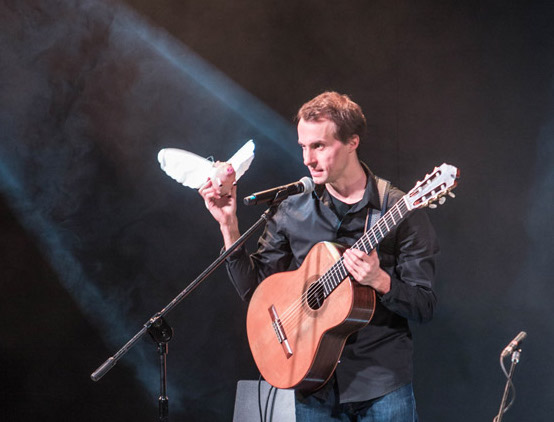 Photo: J. Pępkowski
David Lindorfer is an experienced guitarist from Austria whose music easily escapes any form of classification. He studied classical guitar at the Anton Bruckner University in Linz, as well as in the guitar and world music class at the Dresden Academy of Music.

In 2007 David won the ‘Open Strings’ International Competition and in 2009 he received the ‘European Guitar Award’. A year later David had his debut album entitled ‘Between places’ released by a well-known label "Acoustic Music Records". His CD was acclaimed by critics as a "real pearl" (Folker).


Hi David, once again congratulations on winning the second prize of the fingerstyle at Guitar Masters. It was great to see you perform in Wrocław!

Can you tell us what made you decide to take part in our contest?

I wanted to be a part of Guitar Masters and see what is going on around the world of the fingerstyle players. Of course, I wanted to use this opportunity to present myself and my work to others. Music making is one of the great things in life and my great passion. So it would have felt somehow wrong not to use this chance.

It all started with David’s video submission to Guitar Masters.

How did it feel to hear your name read from the stage at the awards ceremony?
It was great, of course!

Was there anything that surprised you during the Guitar Masters 2016 contest?

I was surprised how easy it was to find new friends and have a great time together!

What impact do you think the Guitar Master contest can have on your future career? What are your plans and next steps after winning the GM 2016?
Hopefully, more people will get aware of what I am doing. At the moment I am recording my second CD call ‘Rainmaker’ to be released in September 2017. This time there will be a bigger world music influence audible in this recording, so I am looking forward in finishing this project and playing the new compositions on stage.

I also want to continue teaching. In my pedagogic work I tend to focus not only on teaching technical or composition skills, but also how to improvise and arrange music. So in other word, I plan to continue doing what I’ve been up to see what happens next. 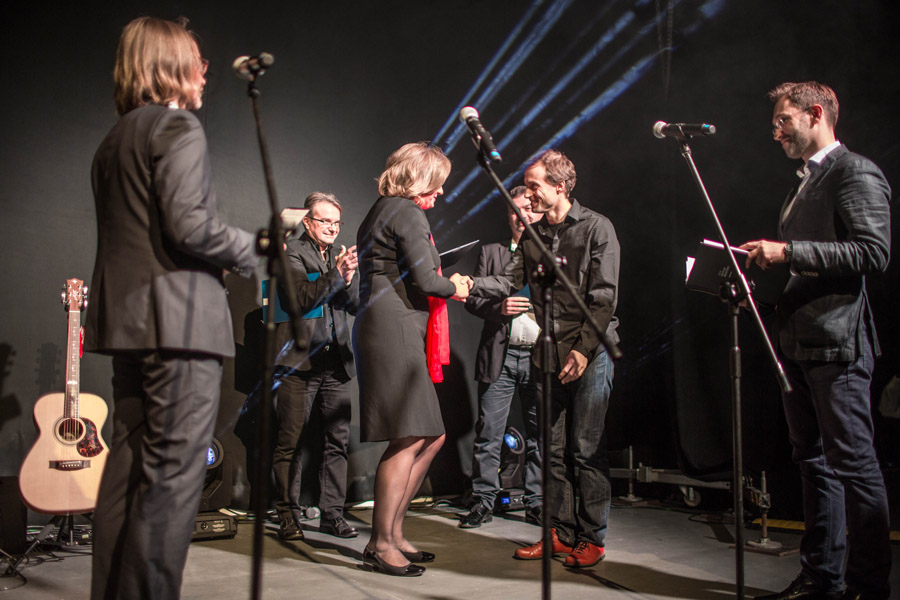 Now, please tell us a bit how it all started for you. How old were you when you started playing guitar and why did you take it up?

I was 12 years old when I started to listen to bands like AC/DC, Motörhead and so on. It was a ballad by Motörhead with the chord E minor on the beginning that helped me to choose the guitar. E minor uses a lot of open strings. By accident there was my mother’s  guitar in the room where I was listening to the cd. When I touched its strings, it sounded almost like in the Motörhead song... Since that moment on I knew that I want to be a musician.

So how about your musical inspirations? Can you name any composers, musicians or virtuosos that you mostly look up to or source your inspiration from?

To me, Bach is probably the greatest of all geniuses. His music has fascinated me evr since I can remember. It may be the root of my interest to play polyphonic music... When speaking of guitar, I admire players, such as Ralph Towner, Roland Dyens, Pat Metheny, Tommy Emmanuel, Yamandu Costa, Vicente Amigo.... and, of course, my former teachers Michael Langer and Thomas Fellow. I am very grateful for all their input and friendship over the years!

What constitutes a good live performance in your opinion? What’s your approach to performing on stage?

I appreciate a good mixture of quality music and show skills. In my concerts I try to combine a range of different styles and musical moods. Be authentic - that’s what in my opinion is the key to a good concert. It’s the authenticity that will keep you going on...

‘60 seconds’ was one of my first compositions I completed. It’s a rather calm piece, with melody consisting of only few tones. Although it has none of the ‘show off’ effect at all, I get asked to play it a lot of times. I guess people quite like it and it makes me feel happy.

I have already achieved my main goals as I feel very satisfied and happy having a great family and job I love. I will continue writing music and I am excited to learn more about composing and improvisation.

I enjoy sharing my knowledge with fellow musicians, those professional but also the ones only starting their music making efforts. Hopefully, I will get to know many more ‘brothers in groove’ in the future!

If you hadn’t continued with music, what do you think you would be doing?

Well, I don't think there is any real alternative for me... But if you ask, maybe I would be a sportsman? I don’t know.